Scroll
A new beginning
For the love of Musical Instruments

Pastel Portraits of a Train Station 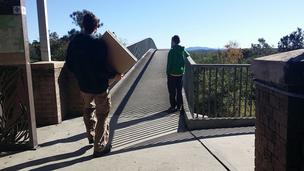 Woodford Station - favourite stop for cyclists attempting the 27km downhill bush ride known as the Oak's Fire Trail. Home of Elvis the Rooster in the early years of this century. Also the place where I sometimes clear my archives by hanging old work on the noticeboard in the unofficial Woodford Underground Gallery.

Our local train station seemed a good candidate for a series of pastel paintings for a local exhibition. One sold, but the rest came back home. We took them out for another photo shoot one sunny winters day: 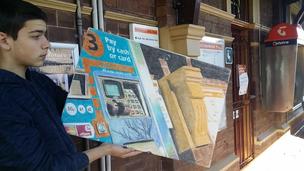 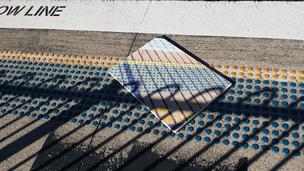 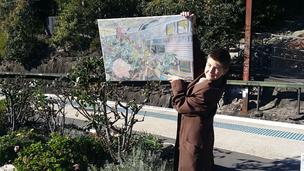 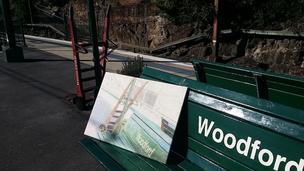 I didn't quite get the right angle for the shots, but gives you an idea of their inspiration. It's interesting to see the changes over just a few years. Back when the photos were taken the Sydney Trains had a blue and yellow theme, but since then they have morphed into the orange and black of Transport NSW. I like the old writing captured in the dots portrait better than the crude blacking out and all caps replacements.